It may not be an ugly christmas sweater but it’s still pretty ugly. 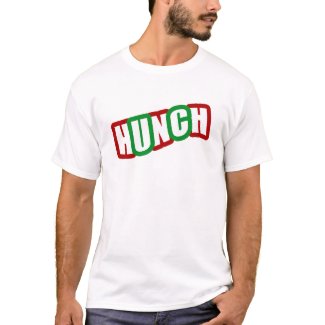 Could the Live Action Remake of Lion King be Live?

Instead of being mad that this remake seems content to enjoy its false advertising or some how trying to redefine ‘what is live action’ let’s just  considered how this movie might incorporate the “live” aspect without anyone knowing so Disney can continues to capitalize on this trend.

So stupid idea number, this movie DOES have “live action humans” in it. Like the story is actually a nature documentary and there are humans off in the background or foreground trying to get those iconic cinematic shots and making commentary, like the narration in the Cinderella and Sleeping Beauty remakes .

Also these humans can harp on those plot-holes that were in the original that people on the internet like to point out all the time. Like the logic of King’s impact on  the weather and ecology, Nala’s dad and the incest that it implies, though watch this remake  address that Nala’s mother was taken in from some other pride so there is  no incest. Don’t worry about it because Disney fixed it.  Other plot-holes may include the elephant graveyard, Simba surviving on bugs (though Film Theory covered that ) and so on and so on. Disney will fix it, it will fix them all and create new ones but that will be the remake  of the remake’s problem.

Or perhaps maybe one of the animals is a real Animal hidden amongst the CG animation.  You will have to watch the movie 100 times to spot it. And it will be in the background and it will like a tiny lizard or something. Maybe one of the bugs Simba eats. Likes it’s a Metaphor for how CG is taking over.  But only TRUE DIE HARD DISNEY fans will spot the “live” animal in this remake.

The reasons for these remakes  existing, besides more money, does seem to be pushing the  computer animation tech (which people are bored with at this point) AND to correct plot-holes from the originals because imagination is hard and people need things explained more. Like with Beauty and the Beast and logic of a curse and a magical castle. So now they need it with CG Lions meet Hamlet.

I hope this movie does actually shoe-horn in humans or one real animal just for the word usage of “Disney Live Remakes” but I also can’t WAIT for how people in interviews will BS some reason for how it’s “Live”  or why it doesn’t matter.   Then again does Disney actually use the term “Live Action remakes?” Is this even a problem?

Ultimately I do not care, Disney needs its money and repackage nostalgia is a safe bet to get that money.   Though if people really wanted Disney  to stop with these movies collectively we need to stop paying attention and sending money on them but we won’t so here we are with four “live action remakes” coming out in 2019.

WHERE IS THE LIVE ACTION HUNCHBACK DISNEY??????

Alas there are no Hunchback of Notre Dame ugly Christmas sweater just yet but since this blog has a Disney leaning here are some Disney Ugly Christmas Sweaters that you can get right now via amazon.

Also I had wanted to showcase a Notre Dame Fighting Irish sweater just to be funny but I couldn’t find one. But there are a TON of Disney Ugly Christmas Sweaters, because of course there is, it’s Disney and Christmas.

Because I love Star Wars there are two but there are many, many…many more.

If I ever do make a Quasimodo/Hunchback Ugly Christmas sweater I will post here because where else would I put it? And it will be very ugly because I suck at art. Of course you can always get my Quasimodo Ornament at Zazzle  for your Christmas tress.

The style on dance in this ballet is not light and graceful with impressive delicate footwork on pointe, this ballet feels more masculine in its energy and movements than traditional ballets. It feels powerful in its moves  and there is a lot more upper body movements than you would see in what is considered for a conventional ballet.

That’s not to say it’s all strong manly ballet all throughout. Esmeralda does go on pointe and has more conventional ballet fluidity in her dances but their the modern dance elements still there. Like during her solo she has these sliding motions with her feet across the floor, which I have never seen in a ballet movement, though I could 100% mistaken and it done in traditional ballet.

The question is does this contemporary ballet style of Petit’s work for the story? Hugo always had a rough less genital setting to his characters and story. With Hunchback we have a tragic story of three men and their own unique takes on love and desire.  So while I personally don’t understand this style of dance or ballet, it does suit the mood of the story.

There is nothing wrong with the choreography, Petit approached this project with a lot of passion and knowledge of the art form. This is all super subjective either you like this style or you do not. Or you’re like me whereas you appreciate the intent but you really just don’t get it.

There were moments I liked, Like Esmeralda’s first solo, the pas de trois with Esmeralda, Phoebus and Frollo and the pas de deux with Quasimodo and Esmeralda in the second act. I also really liked Quasimodo’s moments on the whole of how the dancer uses his arm and elbow as his hunch. Make it more interactive.

This gown is by Tadashi Shoji. It resemble Esmeralda Notre Dame de Paris costume in both the green color and lacy texture but the tiers are akin to Disney’s Esmeralda. But also the tiers have flamenco vibe which works Esmeralda’s personality in most any version.

You can buy this gown on Tadashi Shoji’s website,

(The Hunchblog is not affiliated with Tadashi Shoji in anyway, nor sponsored in anyway)

If you are like me and live in USA you may have to endure football on the TV. Or not maybe something else is on in the background or your like football.

If only there was a Hunchback meets football that you could watch instead this Thanksgiving day….

Oh wait! There is!

You can watch The Halfback of Notre Dame on Amazon Prime though you may need the Faith and Family add-on, Because you know Hallmark and stuff.

I may like Les Mis parodies a little too much. That being said I really love this skit.

Phoebus is an interesting character as he whatever a given version needs him to be. He can be a good guy, bad guy, romantic lead, asshole, just sort of there, or non-existent.

Although the ballet does go out of it way to showcase Phoebus’ attentions on other women who appear to be prostitutes or at least tavern wenches or maybe just whores so either Phoebus has a bad seduction game or he is a massive slut. I would say he is a slut.

Given that his function is to add to the tragedy of Esmeralda and torture for Frollo, he doesn’t need to have a deeper character.  He does what he needs for the purposes of the ballet’s narrative.

This was made using Azalea Dolls. Haven’t done one these posts in while and tried to go for a “spooky” Vampire Esmeralda.

This was a suggestion by Roman. I suppose for this suggestion to make sense we are going to have to posit that this casting would have to occur in the early 2000s, like after 2002 with Spears’ film debut in Crossroads but before she gave up her dream to be a film actress because Spears had the good sense to not pursue that path.

Spears did have enough influence prior to her break-down that she COULD have play rich-bitch Fleur de Lys though it might have depended on the style of Hunchback. Like if it was all star cast for a teenage MTV demographic. So maybe Justin Timberlake as Quasimodo, Freddie Prinze Jr as Phoebus, Shannon Elizabeth or Eliza Dushku  as Esmeralda, Ashton Kutcher as Gringoire and Paul Rudd as Frollo. You know, a 90s/2000s teen comedy take on Hunchback. That sounds abysmal and yet I would have to watch that train-wreck of an idea while at the same time cursing the heaven for allowing to exist.

So Britney Spears as Fleur de Lys? Well that best I can say for that idea is at least she’s blonde. Fleur de Lys has long been cast as blonde to counter Esmeralda’s dark hair, however it’s mentioned in the book that she has blonde hair and that she wears sky-blue.   So Britney Spears fits that important hair color criteria.

Britney Spears as Lucy in Crossroads

As for acting, well Crossroads was nominated for a lot awards, mostly Razzies of which Spears herself won worst actress and worst song.  But is playing a jealous bitch all that hard? Could Spears have pulled it off? As far as Fleur de Lys goes in other versions, I often find her delightful. I think there is an art to making a unlikable character come off as interesting and in some way likable. Whether it was a case of the acting other characters or just her actresses, Fleur de Lys would have been out of Spear’s range as an actress. That isn’t saying much  as her other film rolls were a Flight attendant in Longshot which was a cameo, in the music video “Boys” in  Austin Powers in Goldmember, a cameo in  Pauly Shore is Dead and finally a cameo in Fahrenheit 9/11. She also had a cameo on Sabrina the Teenage Witch.   Not sure if you noticed a pattern. She did cameo as herself, not acting.  She can’t act and didn’t try after Crossroads.

However not being able to act hasn’t stopped other would be actors. To be fair she did fake the world with her early days innocent act.  Maybe Spears could have played Fleur as herself? Like if there was a case to cast Spears as Fleur de Lys, then the project would have been less about the characters and plot and more about the notoriety of the casting so it wouldn’t have mattered if she could act or not. The name would have been enough.

Fortunately, Spears hasn’t been in a movie in since 2004 even as cameo and I don’t think any studio would take a depressing book and make a rom-com for teenagers using former “it” celebrities. But the idea of it is super cringe-inducing.

But what do you think? Could you stomach the idea of Britney Spears in a version of Hunchback?